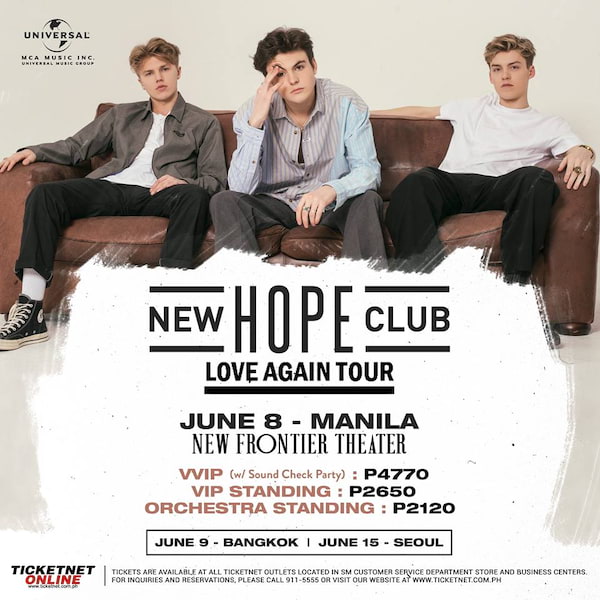 Following UK-based group NEW HOPE CLUB’s recent visit in the Philippines in February 2019 for a one-night only fan meet, they are set to come back for their first-ever major concert in Asia on June 08, 2019 (Saturday) at the New Frontier Theatre, formerly Kia Theatre.

Manila will be the first stop of their Live in Asia 2019 Tour. This will be the band’s fourth visit to the Philippines – foremost trip was guesting for The Vamps’ show last October 2017 and the next solo trips were packed with mall appearances and fan-centric engagements.

Visit MCA Music on https://www.facebook.com/mcamusic/ and https://twitter.com/mca_music for regular updates about the concert. 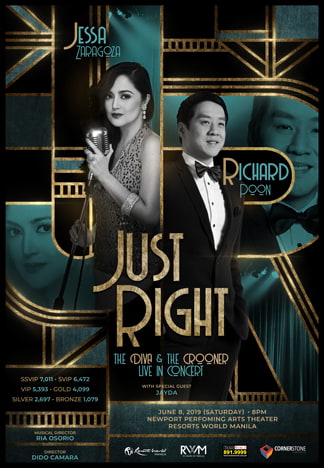 For the first time together, the country's Phenomenal Diva Jessa Zaragoza and the one and only Big Band Crooner Richard Poon deliver an indeed spectacular show to remember as they serenade us music fans in "Just Right : The Diva And The Crooner Live in Concert". One night. One stage. One heart for music.

Experience a full showcase of hits, renditions and collaborations served by two of the most iconic and seasoned voices in the OPM scene. Pop and big band – an enticing and much awaited fusion of sound only in "JUST RIGHT : THE DIVA AND THE CROONER LIVE IN CONCERT". 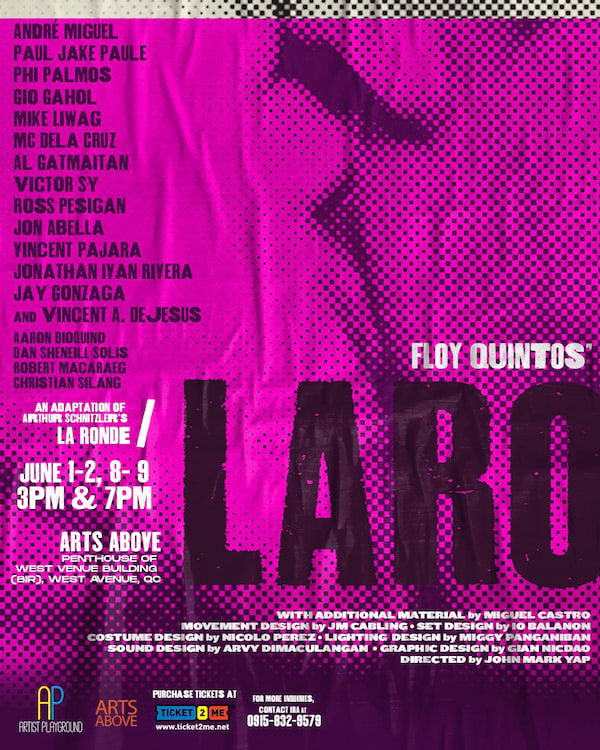 “LARO,” written by Floy Quintos with additional material by Miguel Castro, is an adaptation of Arthur Schnitzler’s “La Ronde” for 10 male actors. The play, consisting of 10 interlocking encounters between pairs of characters, tells the story of 10 characters from different walks of life. It explores their never-ending search for happiness and true love within Manila’s gay community.

The play was first produced by Theater Now!, the now defunct experimental arm of Bulwagang Gantimpala, in November 2004. There were six performances at the Gantimpala venue in Luneta and additional six performances at the Tanghalang Huseng Batute of the Cultural Center of the Philippines. Some cast members of the original production are Andoy Ranay, Peter Serrano, Juliene Mendoza, JoMari Jose, Miguel Castro, Neil Ryan Sese, and Roli Inocencio.

“LARO” will run on the first two weekends of the Pride Month for 8 shows only: June 1, 2, 8, and 9, with 3pm and 7pm on all show dates. It will be staged at Arts Above, Penthouse of West Venue Building (BIR), West Avenue, Quezon City. 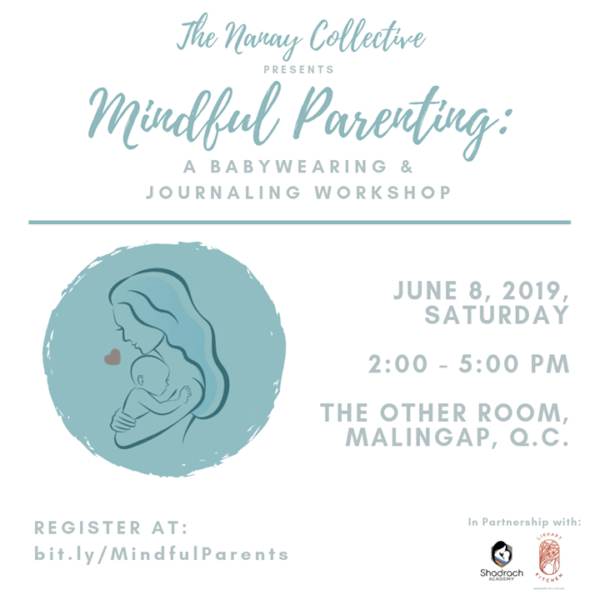 Journaling and babywearing are two practices that can make us mindful parents. Babywearing helps us caregivers form a bond with our children, making us more sensitive to their cues. Journaling helps clear out our mind and at the same time, keep a memoir of special moments.

For this workshop, we are privileged to have two Nanay resource persons,Iza Maria T. Reyes,  a Palanca Awardee (essay category) and teacher at a progressive school and Jennelyn T. Alegarbez, certified babywearing consultant by the Center for Babywearing Studies (US) and proprietor of Shadrach's Collection. 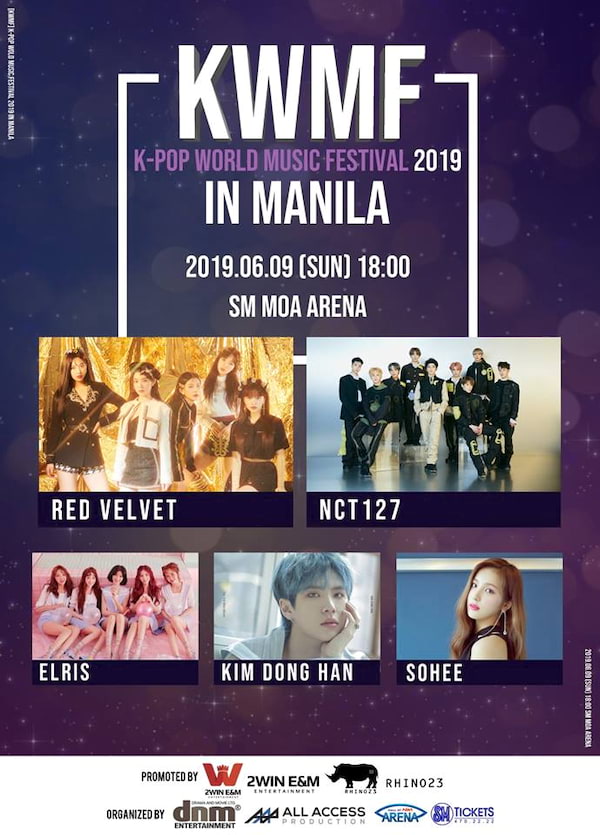 DnM Entertainment will be bringing together 5 K-pop acts in one stage for the K-Pop World Music Festival! Happening this June 9 at the Mall of Asia Arena.

For more information, you may check out DnM Entertainment's official Facebookpage.