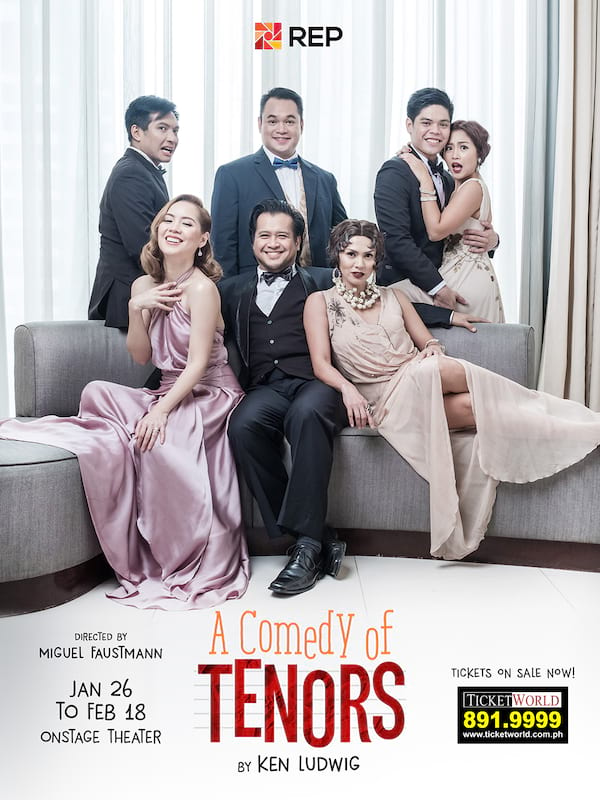 Repertory Philippines, or REP, opens the curtains to the 2018 season with the craziest cast of characters in A Comedy of Tenors from January 26 to February 18 at the Onstage Theater in Greenbelt 1, Makati City. This hilarious operatic farce takes audiences to a hotel suite in Paris where comical individuals get into rollicking misadventures.

The sequel to comedic genius Ken Ludwig’s Tony Award-winning Lend me a Tenor, A Comedy of Tenors is set in the glamor of 1930’s Paris where an opera producer attempts to put on the concert of the century. 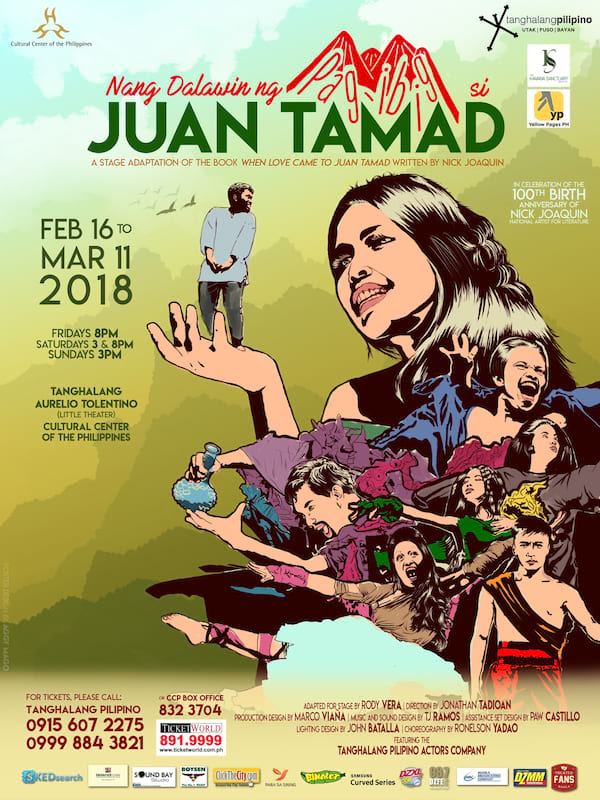 The Cultural Center of the Philippines, Tanghalang Pilipino and Visa present: Nang Dalawin Ng Pag-ibig si Juan Tamad. Based on Nick Joaquin's Pop Stories for Groovy Kids (1979) – why Maria Makiling forever nurses a broken heart and why Juan Tamad is a pop idol. 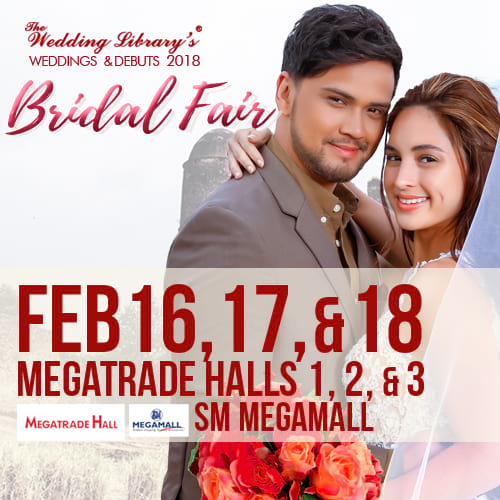 The Wedding Library's Weddings and Debuts Bridal Fair 2018 is the country's First Major Bridal Fair of 2018!  The most awaited bridal fair event with over 350 wedding suppliers ALL UNDER ONE ROOF!

Don't miss The Bridal Event of 2018. Organized by the most beloved wedding fair organizer and wedding supplier, The Wedding Library.

For FREE Entrance, register at www.weddingsanddebuts.com.ph/register.

The Big Bad Wolf Book Sale, dubbed as the world’s biggest, is coming to Manila for the first time this February 2018.

Offering two million books across various genres, the sale features brand new English books at discounts ranging from 60% to 80% for customers to enjoy. The book sale will be open 24 hours a day and run for 231 hours non-stop, beginning from February 16 until February 25 at the World Trade Center Metro Manila in Pasay City.  Admission is free.

Mark your calendars and get ready for the book hunt of a lifetime next month at the Big Bad Wolf Book Sale: www.facebook.com/bbwbooksphilippines. 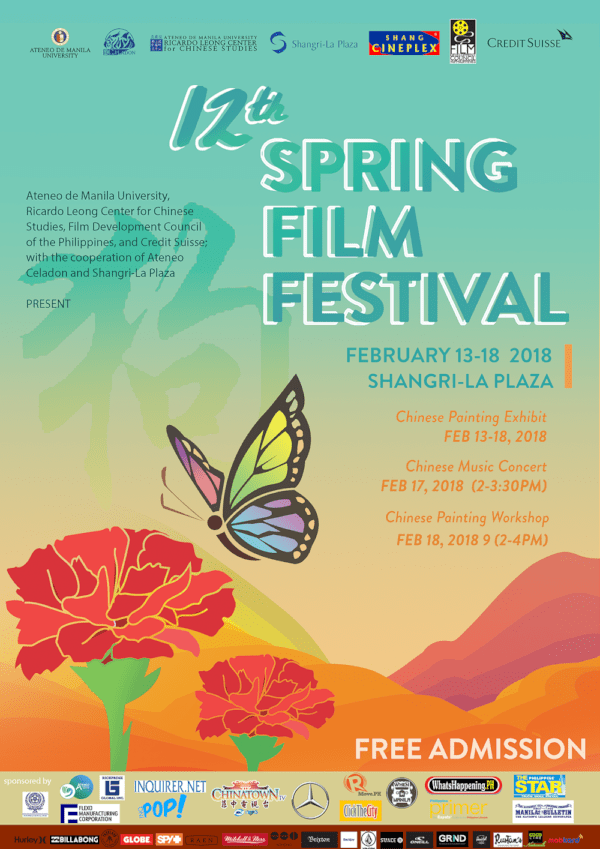 Now on its twelfth year, the Ateneo de Manila University’s Ricardo Leong Center for Chinese Studies, together with Film Development Council of the Philippines, and Credit Suisse, with the cooperation of Ateneo Celadon, and Shangri-La Plaza and Shang Cineplex, once again bring you the Spring Film Festival this February 13 to February 18, 2018.

The film festival is organized every year to promote Chinese language and culture in mainstream Philippine society, particularly among young Filipinos, so that they may become bridges between the Philippines and China. 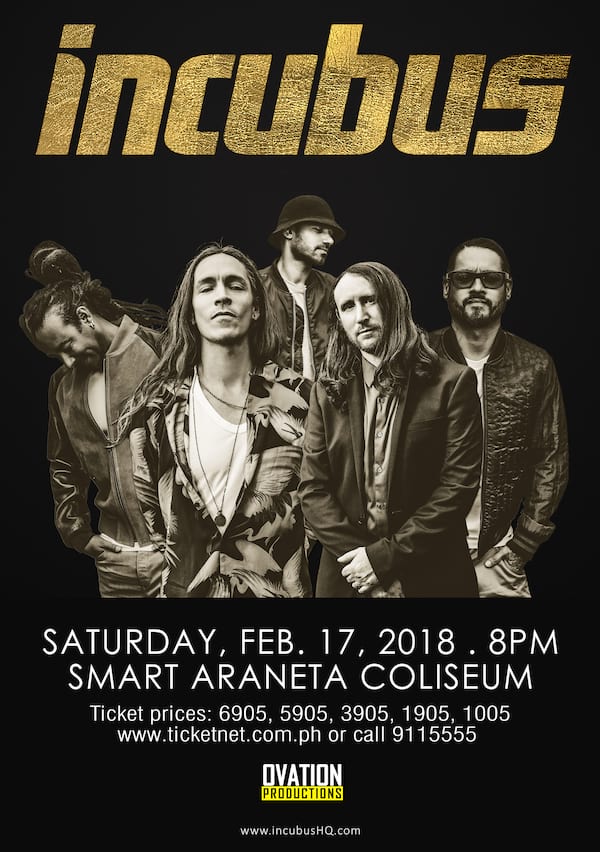 The much loved American rock band Incubus, whose return engagement to Manila has been eagerly awaited is performing February 17, 2018, Saturday, at the Smart Araneta Coliseum.

The band is known for its rock anthems Wish You Were Here, Megalomaniac, Anna Molly, Drive, Pardon Me, Are You In?, Nice To Know You, among others. The concert is produced by Ovation Productions, the group that also did Incubus’ previous concerts in Manila; the last was in 2015. 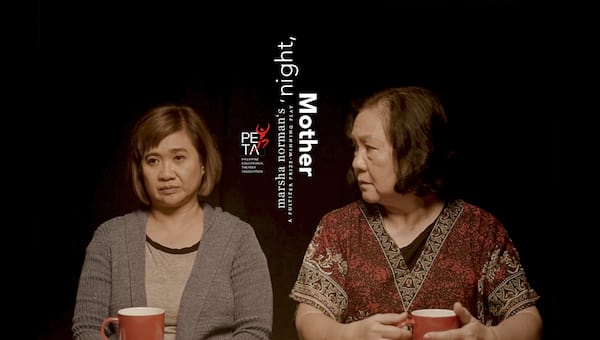 The play has been adapted by Ian Lomogo, and directed by Melvin Lee, who is known for his outstanding portrayal of the role of Chelsea in PETA’s musical comedy Care Divas.

Taken from an episode of Miguel de Cervantes’ tale, the ballet follows the lofty adventures of Don Quixote into Barcelona.

Here, he meets Kitri, an innkeeper’s daughter whom he thinks is his ladylove Dulcinea. Kitri, in turn, is enamored by Basilio, the poor local barber of whom her father doesn’t approve. Mayhem ensues as the gentleman from La Mancha unwittingly helps the two lovers have their happy ending.