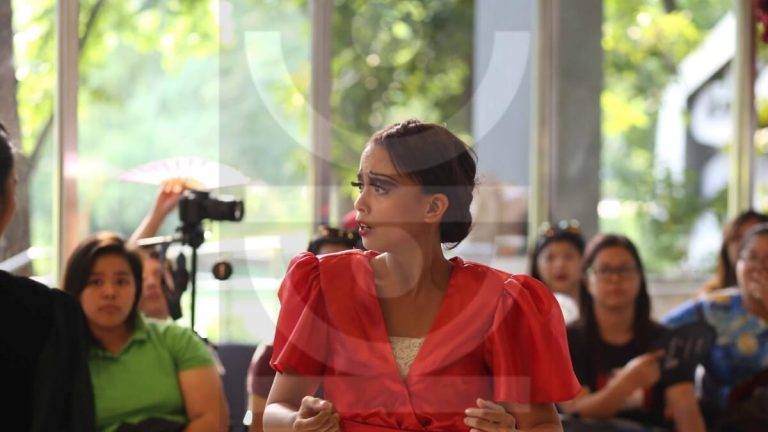 This month, through the diverse artistic programming of Tuloy Po Kayo: Palihan, Palabas, Palitan, the online multi-arts open community festival, the Cultural Center of the Philippines puts the spotlight on women’s narratives and share true stories of womanhood filled with joy and struggles.

Honoring the strength and resiliency of all women from different social backgrounds, in all shapes, sizes, and colors, the CCP champions gender equality and inclusivity, providing equal access to artistic opportunities to everyone, regardless of their gender.

In the visual arts front, tuloy kayo in the studios of five intergenerational women artists who were named 13 Artists Awardees and see how the notion of a studio is similar or different for each artist. You can also hear about how the pandemic brought about new artistic and social concerns, and new hobbies.

On March 20, 6:30pm, go on a virtual tour at the House 115 in Cagayan de Oro/Misamis and meet the diverse group of Mindanaoan women, known as Akadia Collective, who used their love for free-diving to deal with the effects of the pandemic. Meanwhile, hear from women artists collective Baji and view artworks from their latest exhibition in Bohol on March 27, 2pm.

All visual arts events can be experienced at the Tuloy Po Kayo website.

Tanghalang Ateneo presents “Lamon Babae: Episode 1,” an online play inspired by manananggal, one of the Philippines’ most fearsome creatures, on March 20, 2021, 7:00pm.  Directed by Shaun Ocrisma and Danilo Vaquilar Jr., written by Rocio Castillo, Isabella Darang, and Aleiana Duque, the play questions the perception of the mythical creature as a monster, and pushes to the forefront women’s power to reclaim their freedom and agency.

Experience what these theater companies have to offer at the virtual Tanghalang Aurelio Tolentino (https://www.tuloypokayo.com/tat/).

On March 21, 1pm, at the TAT, veteran actress Shamaine Buencamino welcomes everyone to her home where she will show her poster collection and the tree made from script pages.  She will also teach origami as a way of healing and improving mental wellness.

PETA takes the virtual Tanghalang Nicanor Abelardo’s stage (https://www.tuloypokayo.com/tna/) with “The Doors of Chai” on March 21, 2pm.  Directed by Maribel Legarda, with storytelling by CB Garrucho and animation by Ellen Ramos, it narrates the journey and friendship of two children.

Catch Kolab Co’s “Mourning Gurlz,” a reinterpretation of “Eye of A Needle,” a literary piece by Wilfrido Ma. Guerrero on March 28, 1pm, at virtual TAT.  The play takes a peek into the Manila’s elite. At 4:30pm, catch theater veteran Lea Salonga as she sings Broadway based from the musicals she participated in.

Making sure that no one is left behind, Tuloy Po Kayo presents Artist Playground’s “Geegee at Waterina” on March 28, 5:30pm at the virtual TNA. Based on a one-act play mounted in the 2005 Virgin Labfest, the play follows the friendship between a gay town councilor and an aging drag queen and former “comfort gay.”

Regional groups champion also gender and development.  Catch the Palangga Prison Theater and Poetry and Arirang Ilongga Blues on March 20, 2:30pm at TAT as they present the culminating activity of the theater and poetry workshop for the women of the Iloilo City Correctional, facilitated by Rosalie Zerrudo.

Choreographed by Byuti Balaga, Teatro Ambahanon’s The Maders, showing on March 20, 3pm, at TAT.  Synopsis: Children’s toys were mostly manufactured to present societal ideals; practically to teach children some skills and/or molds to fit, often we find ourselves not fitting.  Only hoping to fit the mold and spend our lives struggling to cope with society’s expectations.

Conducted by Dr. Mai Lynn Jacar, CPU Handbell Ringers performs Beatles Medley and You Raise Me Up on March 20, 4:30pm, TNA.  Meanwhile, Barasoain Kalinangan Foundation Inc. presents an excerpt of Translasyon, it tells the story of 2 women, interwoven by the challenges and circumstances they are presently facing on March 27, 5:30pm, TNA.

On March 27, 9am, TNA, experience traditional dances of the Sama, Tausug and Sama Dilaut people of Tawi Tawi with MSU TCTO Tambuli Cultural Dance Troupe.  Join the Locsin Dance Workshop on March 27, 2pm, THB as they showcase performances of Bathala and Dasal.

For Literature, learn about publishing with Hazel Nichole Sadian of Publish on Demand by CentralBooks on March 19, 3pm, BULFRA.  On March 20, watch the literary performances of Ilongga Bicycle Diaries Narratives of Moving Women Forward at 10am, TAT; Angela Pamaos at 11am, TAT; Gantala Press at 4pm, THB; Posh Develos at 5pm, TAT.  On March 21, listen to Mars Mercado at 9am, THB; and Che Sarigumba at 2:30pm, TAT.  On March 28, watch Mary Ann Salvador at 11am, TNA. 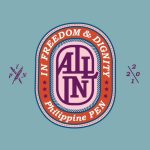 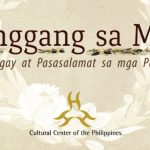 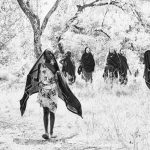 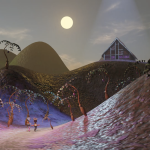 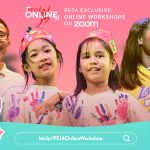 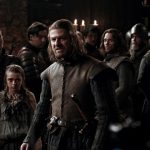